Iboropa Akoko is one of the major settlement in Akoko land. It lies in the Southeast of Yoruba kingdom. It is a neighbouring village to Ikare Akoko. The land has a population of more than 5000 people. The people live majorly on farming. Also, they have high volume of palm oil and cassava production. The cassava is further process to “Garri” as they say.

However, the common companies around are palm oil and garri factory. Which gives the indigene job opportunity. As soon as they finish the level of education in the community. However, Iboropa community is blessed with few primary and secondary school. Which is sponsored by the state government. Although, the community is a rural area.

Who is King of Iboropa

WAY OF LIFE IN IBOROPA AKOKO

The community is mostly occupy with elderly men and women. With few youths and also high number of children. Any teenager who finishes high school in this community. Will likely migrate to a better community or town. In order to experience a civilise lifestyle.

The people in this settlement are mostly Farmers, Craftsmen, Butcher, and Teachers. Although most times the teachers are corpers. There are also Motorcyclist here. But few car owners. 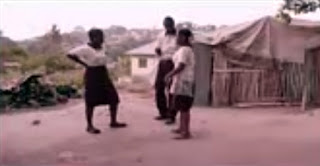 The community is rich with different kinds of food from it ancestors. Such as Cassava flour (fufu), Pounded Yam (Iyan), Pumpkin (vegetable) (Efo), Dogmeat (Aja) and Ikorowu as it is popularly called by the indigent.

The majority of the people are Christian. Also, with traditional worshipers and few Muslims. However, in 2019 it has not change. According to an indigene who says there are more Christians than Muslim. Furthermore, He said there are only two Muslims family in the community.

It is said that the people of Akoko are Yoruba by name during the festival of “Obahahoho”. History tells that the Ancestors migrate from Edo. However, there are over 40 communities in Akoko. Some are Ikare Akoko, Epinmi Akoko, Akungba etc. 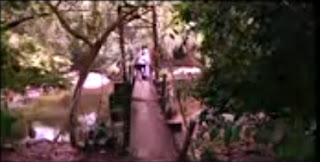 The people of Iboropa lack some important social amenities. Such as boreholes, major road but have schools and few electric poles. Which they mostly live in darkness.

This is something far from them. The use of mobile phones are not common Except for migrant. Other means of communication are not so common. Even if they are found with few individuals. Most times the people rely on their neighbouring village like Ikare Akoko to carry out some ICT utility. People who require special medical treatment are taken to places like Ipe Akoko. The Banking industry do not have a place in this community.

However, Iboropa is a community in Akoko of Ondo state that is under developing.

FACTS ABOUT IBOROPA AKOKO, A COMMUNITY IN ONDO