Twins are two people or animals (offspring). Who share the same uterus. And born at the same birth as the sibling. It could either be monozygotic (identical) or dizygotic (fraternal). The history of twins long started in the days of Esau and Jacob. But in today’s world, there are major towns. With the high rate of twins than usual. And that is why we decide to note the difference in each of them. 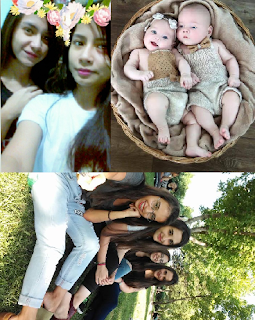 ALSO, READ ABOUT LIFESTYLE OF YABATECH

This is the highest twins village with over 10%. Igbo-Ora was derived, according to an Octogenarian from verbal words. It was first use to a friend. The story tells about two friends. One use to live in the town. While the other lives in the forest. One from the forest usually visit the town to pass the time with his friend. He got use to the town; that He will not feel like going back home. One day, His town dweller friend ask him to go to the forest he bought (Igbo ora). Ever since, that word has become a household name. With which the town is identify with today.

However, it is a community in Oyo. Which is in the southwestern part of Nigeria. It is a land mostly occupied by twins. This is through births and has over 70,000 occupants. Igbo ora is almost a tourist town. Where people from different part of the world come to make research. And also to partake in the twin blessing. The issue of twin death rate is not common in this village. This is the only twin village town that has prove to the source of it twin rate. And it long started in the early 1940s.

However, the secret behind the large birth rate of Igbo-Ora is the consumption of a soup prepared with Okra leaves called ewe ilasa by the indigene and Okra.

However, it rank second in the world. The town of Kodinhi in Kerala India; has a small occupant of over 3000 families. The town is surrounded by rivers. The birth of twin started in early 1949. The secret behind the birth of twins in Kodinhi women is believe to be chemicals. That are in Kodinhi water. Although it is not yet accepted as a fact.

However the women of Kodinhi who are married out of the land also give birth to twins.  Apart from Kodinhi, there are other towns in India that gives birth to twins. However, Mohammadpur Umri gives birth to identical twins. This also occur in almost every living creature. such as buffalo, chicken, cow etc. It twin birth started since 1931. The village cannot grow much because of the high rate of twin death. 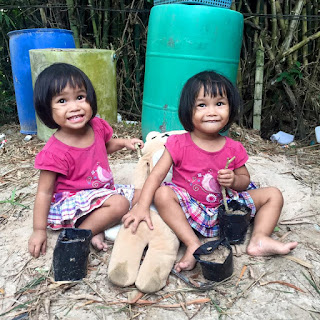 It is the third in the world. Linha is a settlement in Candido Godoi city of Rio Grande do Sul Brazil. That are mostly Germans of more than 350 residents. The history of twins in the land of Candido Godoi has started since 20th century. It was said that a man who fled into the land around the 1960s a master in preparing gene quirk. That can produce twins, usually give treatment to the women of Candido Godoi. And as of that time the rapid growth of twins birth increase. The twins here in Candido Godoi are mostly with light color eyes and blond hair.

One thought on “THE TWINS VILLAGE IN THE WORLD”

THE TWINS VILLAGE IN THE WORLD